“Liberty can not be sold for all the gold in the world.”

If you look past the nudity, violence, gore and spectacle, Game of Thrones is all about politics. Very fitting then that the Iron Throne, the center of politics and diplomacy is filmed in Dubrovnik which in its long history has amazing at diplomacy and managed to use it to keep its liberty. Even the fictional King’s Landing fell in Robert’s Rebellion, but the real city of Dubrovnik has stood fest in face of opposition, and thrived in recent years to become a city that best illustrates Croatia’s new slogan: full of life.

I have wanted to go to Dubrovnik since the season of Game of Thrones. It looked like an amazing city, which one can just walk around and explore on foot, similar to Lindau in Germany. So I also had high expectations. I was totally set on it in 2016 until one of my friends convinced me to go to Majorca instead. So when Eurowings announced they were starting to operate to 32 new European routes out of Munich in 2017, I bought the tickets to Dubrovnik.

An evening on www.booking.com later, I had an apartment and I was all set. Since my trip to Iceland, I have avoided planning anything when visiting new places but I did look into Game of Thrones tours in case they had to be booked in advanced. Which, as it turns out, was not needed. This website was all I needed to note down the locations and explore them myself.

Whenever possible, I also try to utilize the public transport when visiting new locations. Not only does this keep the costs down, it offers me the flexibility of changing my schedule on a wimp and is a cool way to see the more mundane aspects of the location. In this spirit, Once I had arrived at my destination, I got ticket to the shuttle service (office on the left from the airport exit) for 35 HRK and was all set. One thing which was strange for me was the amount of money I was able to withdraw from the ATM per day. This was 1600 HRK.

The kuna (HRK) is the currency of Croatia, in use since 1994. It is subdivided into 100 lipa.
The word “kuna” means “marten” in Croatian since it is based on the use of marten pelts as units of value in medieval trading.
8 HRK is about 1 Euro.

The shuttle takes about 30-40 mins to go to Pile Gate station which is the main bus terminal near the old city. From there you can take any public transport bus in one direction including changes. The one way ticket costs 15 HRK on the bus, and 12 HRK from the ticket office. However, if you plan to visit for up to 3 days then I would strongly recommend the Dubrovnik card.

Dubrovnik card includes the entrance to most major attractions in Dubrovnik as well as certain number of rides on the public bus. In the 3 day card, which I bought (250 HRK), you also get a bus ticket to another city (Cavtat).

From Pile gate, I took bus 8 to go to the apartment I had booked. As it turned out this was a great way to explore the lesser known parts of the city since the bus first went to the main bus station which is located at the port, and then turned back to the south of the old city where the apartment was located.

After getting the keys from the amazing host along with tons of restaurant tips, I went to explore a beach he recommended which was 10-15 mins south. This is the Jacob beach: 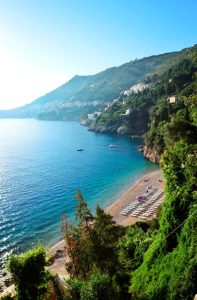 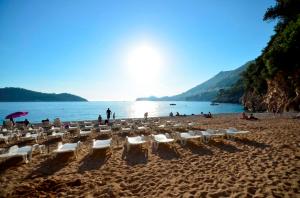 The entrance is 165 steps behind the church: 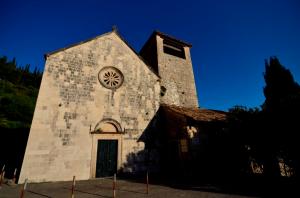 If you keep walking on the same path, you come upon the following sign: 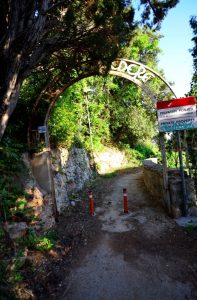 After spending some time at the beach having a coffee, I walked back towards the old city and decided to hike up the Srđ hill. This turned out to be more difficult that I had imagined as most way up towards the hill from the city lead to a country road with no pedestrian crossing. So after a couple of attempts of going up, finding the road, going down and trying another street, I had wasted enough time as to not be able to climb up in time for the sunset so I took the cable car to the top of the hill which costs 90 HRK for one way ticket and 130 HRK for a round trip.

A very smart decision given the view:

Having taken my fill of photos, I decided to walk downhill. The path offers some cool views with stone carved images telling a story:

However, the path is full of sharp angled rocks which can twist your ankle in best case or cut you deep in the worst. I actually met someone later who had gotten a huge cut. So if you plan on walking up or down, please wear hiking shoes. And the path is not lit. So carry a lamp or some light. It takes about 30 mins to walk down and this is when I found out the actual path:

As you can see, jaywalking is expected. So be safe!

I started my second day there with a walking tour. Look for the red umbrella at the fountain near Pile Gate (The Big Onofrio Fountain – 90 HRK).

After a brief walk and history lesson, I went for the Dubrovnik city wall tour. This also has a bunch of locations familiar to fans of Game of thrones, and it offers amazing views of the city as well as the sea. The most interesting aspects of the walk though were the views into private gardens or terraces with hanging laundry. Dubrovnik, despite the new fame and hordes of tourists, is actually home to many residents with majority of buildings in the old city still residential buildings.

Going back to the city walls, I read afterwards that the walk is about 2 km long and has 1080 steps. I do not doubt that. But if you are physically able, then do go for the entire walk. It is very relaxing with everyone going counterclockwise, and with cafes with cold drinks, ice cream and nice views along the sea-side part.

Included in the ticket to the Dubrovnik walls, is the entrance to the other location featured many times in Game of Thrones: Lovrijenac. The quote at the start of this post is actually written on this fort. Built along a 37 meter rock face, this offers more interesting views of the old city as well as the Srđ hill. 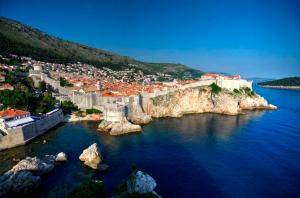 Afterwards, having gotten the locations of Game of Thrones places marked on my map from the city tour, I went out to find those spots, with occasional detour whenever something took my fancy. I got lost number of times, but that is one of the pleasures about Dubrovnik, it is fun to get lost in. As long as you do not mind climbing up or down some steps.

I even got around to meeting the Croatian prime minister Andrej Plenković.

My second evening in Dubrovnik ended with dinner at Kamenice. I would highly recommend this seafood restaurant. Great food, fast service, reasonable prices, and its a stone throw away from the steps featured in Cersei’s Walk of Shame and numerous other Game of Thrones season 5 scenes.

On my way from the old city to Lovrijenac, one passes bunch of tour operators offering walking tours, game of throne tours, boating tours as well as tours to other cities. One operator convinced me, with no previous experience of kayaking, to join for the kayaking tour the next day. Given the weather was quite warm, I opted for the morning slot. The cost of the 3 hour tour was 230 HRK and included all the gear, the guide, water bottle and a little snack and insurance.

So my third day in Dubrovnik started with a quite walk to our meeting place: Dubrovnik West Harbour, which is also featured heavily in Game of Thrones. And about 3 hours later, I went from having never kayaked before, to loving kayaking. It was most definitely a proper workout propelling yourself through the water all around the Dubrovnik walls, around the Lokrum island, and past South Dubrovnik and then back to the starting place. However, we made a number of stops with short stories, as well as a stop in a cove where I went for a swim and some cliff diving. Sandwiches were also served but make sure to take a lot of water with you. They also provide waterproof containers to put phone and wallet in, but my Nikon D5100 was too big to fit in one of those boxes.

After spending the morning kayaking, I went and spent a couple of hours swimming at different locations along the wall. These are called Buza bar or hole in the wall, which is what they basically are. Easy to overlook them. The car is carved into the stone cliff along the Dubrovnik walls, and as such offer an opportunity for the brave/crazy people to practice cliff diving:

The water suddenly becomes very deep, which is why it is a good for base diving, but not so good when you have spent the morning rowing and just want to relax in the water. But being sea water, floating is easy 🙂

After a quick meal, I took the ferry to the Lokrum island. There are many interesting stories about the island, its history, superstitions, rabbits and peacocks, so I would suggest to take a tour, especially if you opt out of the kayaking trip. The south side of the island is a nude beach. The Royal Fort, which was my main destination being the tallest structure on the island, is towards the north. In the middle is an old monastery, a version of the dead sea to swim in, a park and a Game of Thrones exhibition. Just make sure to confirm on the way back that the ferry is heading to Dubrovnik old city, as the ferries also run to other islands and locations. 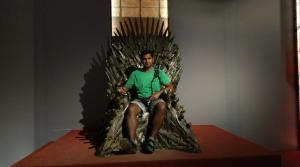 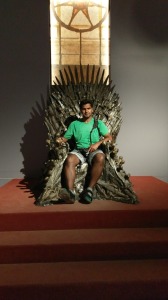 All too soon, it was my last day in Croatia. After depositing my luggage at the office of the shuttle service near the Cable car station, I decided to use all the remaining bus journeys I had on my Dubrovnik card and took the bus to explore the new Dubrovnik city. The only destination I had for the day was the Cave Bar, located at the north-west part of Dubrovnik, very conveniently accessible by the Red bus. Unfortunately they did not serve cake until 12 so I had to kill bunch of time drinking coffee, which was not hard given the amazing view of the sea. From there, I went back to the Cable car, got some airport snacks and was on the bus just in time to avoid a little rain falling on the city.

This site uses Akismet to reduce spam. Learn how your comment data is processed.